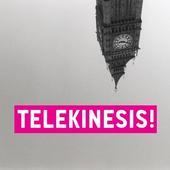 I saw Telekinesis at the Echoplex yesterday.  That venue is perhaps the weirdest venue I’ve ever been to.  The Echoplex is actually the basement of the Echo.  I had assumed that since it was in the basement, it’d be smaller than the already cramped Echo, but it’s actually bigger and has a more legitimate stage in addition to 2 bars and several mini booths where I saw a lot of people eating pizza (so I guess this place serves pizza also?).  Anyways, there were probably about 75 people at the show to see Telekinesis blow through their set list.  They have catchy songs and the album goes down pretty easily in 31 minutes.  An added bonus for listening to them on my itunes library is that after the last song on the album finishes, the next song in my library is “Build Me Up Buttercup” by the Temptations.